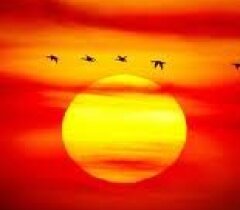 Obituary of William W. Lampinen Coburntown William W. Lampinen, 95, a resident of Coburntown, passed away Friday, November 17, 2017, at UP Health Marquette Hospital following a short illness. He was born on August 16, 1922, in Atlantic Mine, a son of the late Werner and Amanda (Holappa) Lampinen. Bill was a graduate of the Jeffers High School with the class of 1940. Mr. Lampinen was a veteran having served with the United States Army during World War II and the Korean War. On August 8, 1952, he was united in marriage to the former Dorothy Pyykkonen of Paavola. William & Dorothy resided in Redford Township from 1955 until 1988 where they raised their three children. Bill had worked as a machinist in the Detroit area and was part owner of a machine shop also before retiring from Evans Products as a security guard. In 1988, the couple moved to make their home in Coburntown. Bill attended Our Saviors Lutheran Church of Atlantic Mine and was a lifetime member of VFW Post #345 of Detroit, F.O.E. Aerie #1122 of South Range and the Finnish Cultural Association in Farmington Hills, MI. He also was a member of AARP. Preceding him in death were his daughter Denise Lampinen and his son David Lampinen, his parents, his brothers Raymond and Elmer and his sister Sylvia Hendrickson. Surviving are: His wife Dorothy Lampinen of Coburntown His daughter: Susan (Keith) Williams of Farmington Hills His sisters: Martha Jukkala of Atlantic Mine Irene Ruohonen formerly Oskar and current resident of Woodland Heaven of the Houghton County Medical Care Facility Numerous nieces, nephews and cousins Funeral services for Bill will be held 11 am Wednesday November 22, 2017, at the Memorial Chapel Funeral Home of Hancock with Rev. Bucky Beach to officiate. Spring burial will be in the Lakeside Cemetery of Hancock. Friends may call on Wednesday November 22, 2017, from 10 am until time of services at the Memorial Chapel Funeral Home of Hancock. To view Bills obituary or to send condolences to the family please visit www.memorialchaepl.net. The Memorial Chapel & Plowe Funeral Homes of Hancock are assisting the family with the arrangements.Service Information To send flowers to the family of William Lampinen, please visit Tribute Store
To order memorial trees or send flowers to the family in memory of William Lampinen, please visit our flower store.