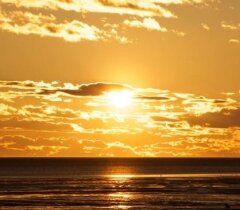 Chassell William H. Sleeman, 78, a resident of Chassell, passed away Sunday, January 12, 2020 at his home with his family by his side. He was born on March 11, 1941, in Trimountain, MI a son of the late Henry and Lillian (Spiegal) Sleeman. William was raised in Trimountain and was a graduate from the Jeffers High School. On November 25, 1957, he was united in marriage to the former Annette Hongisto. The couple had moved to the Detroit area for a short time before moving to make their home in the Chassell area to raise their family. Mr. Sleeman had worked as a welder for various manufacturing companies in the area until retiring at a early age due to health problems. William was a member of the First Apostolic Lutheran Church in Houghton. He enjoyed hunting and fishing while a young man. Preceding him in death were his son Darrell and his parents. Surviving are: His wife: Annette Sleeman of Chassell His children: William (Vicky) Sleeman of Chassell Larry (Lynn) Sleeman of the Hancock Canal Marcy (Del) Rajala of Mohawk Dan (Judy) Sleeman of Houghton, MI 15 grandchildren and 28 great grandchildren His Siblings: Robert Sleeman of Trimountian Edith (Joe) Gourd of Illinois Paul Sleeman of South Range David (Lori) Sleeman of Trimountain Numerous nieces, nephews and cousins Funeral services for William will be held 2 pm today Tuesday January 14, 2020, at the First Apostolic Lutheran Church of Houghton with Joe Eskola to officiate. Spring burial will be in the Forest Hill Cemetery of Houghton. Friends may call on Tuesday January 14, 2020, from 12 noon until time of services at the First Apostolic Lutheran Church of Houghton. To view Williams obituary or to send condolences to the family please visit www.memorialchapel.net. The Memorial Chapel & Plowe Funeral Homes are assisting the family with the arrangements.
To order memorial trees or send flowers to the family in memory of William Sleeman, please visit our flower store.