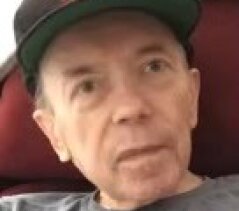 Houghton Canal William A. Yrjana, 75, a resident of the Houghton Canal passed away at home following a lengthy illness. He was born on May 2, 1945, in Hancock, a son of the late Elmer and Juliana (Strang) Yrjana. Bill was raised in Hubbell and was a graduate of the Lake Linden High School with the class of 1963. Bill was a Veteran, serving two years with the United States Marine Corp. He was united in marriage to Mary Ann Korkko on September 30, 1972, and they were blessed with three children. The couple had resided in Ontonagon and White Pine before making their home in the Houghton Canal. Bill worked various jobs before beginning a career working for Michigan Technological University; he retired from the Institute of Wood Research at MTU in 2008. Bill was a member of the First Apostolic Lutheran Church of Houghton, a former member of the Stanton Township Board, and was active with PAC and WUPFID. He was a handyman that enjoyed working on various projects. He also was an avid hunter, fisherman, and outdoorsman. He is survived by: His wife: Mary Ann Yrjana of Houghton Canal His children: Lisa (Christopher) Calhoun of Lowell, MI Eric (Kelly) Yrjana of Buffalo, MN Kevin (Holly) Yrjana of Cokato, MN 3 grandchildren: Cailey, Bella, & Arthur His sister and brother: Mary (David) Solosky of Harvey, MI Jim (Acyne) Yrjana of Humbolt, MI Several nieces, nephews, and cousins. Preceding him in death are his parents, his brother John, and unborn baby grandchildren. Funeral services for William will be held 1:00 pm Monday, April 19, 2021, at the First Apostolic Lutheran Church of Houghton with David Taivalkoski to officiate. Burial will be in the Liminga Cemetery. Friends may call on Monday, April 19, 2021, from 11 am until time of services at the First Apostolic Lutheran Church of Houghton. Bills family would like to thank the services provided by Aspirus and At Home Companions for the care given during his illness. And a special thank you to his caregivers Sandy and Kathryn. To view Williams obituary or to send condolences to the family please visit www.memorialchapel.net. The Memorial Chapel & Plowe Funeral Homes of Hancock have been assisting the family with the arrangements.
To order memorial trees or send flowers to the family in memory of William Yrjana, please visit our flower store.